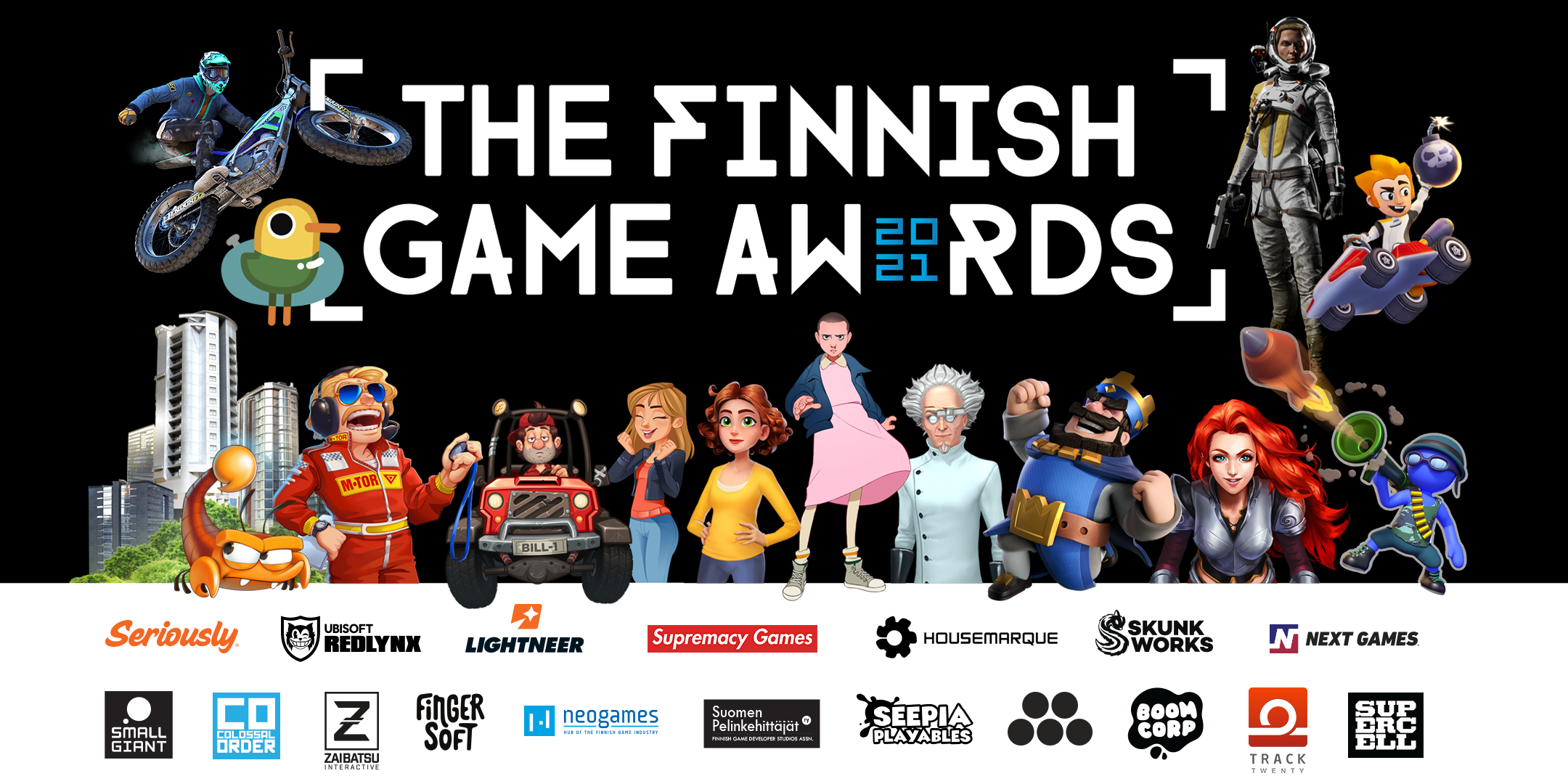 The Finnish Game Industry, which grew nine percent last year and has survived the pandemic well so far, celebrated its successful year at Supercell’s new premises in Helsinki.

Several other traditional awards and other recognitions were presented during the gala evening. The International Association of Game Developers Finnish chapter IGDA Finland awarded Joni Finne as a Volunteer of the Year 2020. The IGDA Lifetime Achievement Award went to Natasha Skult, former chairman of the Finnish IGDA and current chair of the international IGDA. The grand prize of a Bit1 student game competition was handed to Team Script Deprived, whose game DreamScript won the competition last spring. Boom Corp was awarded as a Rookie of the Year 2020, Action Squad Studios received Creative Achievement of the Year 2020 Award, and Merge Mansion by Metacore was chosen as the Small Screen Game of the Year 2020.

The traditional The Finnish Game Awards gala was held in a hybrid model. The “Dress to Impress” gala for 100 people was held in the Supercell´s new premises “Wood City” in Jätkäsaari, Helsinki. This year, the list of invited guests consisted almost entirely of the staff of Finnish game studios. The main organizer of the gala, the Finnish Game Developers Association, wanted to offer its members an opportunity to meet and celebrate after a long  eventless break caused by the pandemic. The gala crowd at the party celebrated shoeless in true Finnish start-up fashion, while at the same time the gala was also shown live on YouTube as a live video stream.

The gala festivities can also be viewed as a YouTube video at: https://youtu.be/nYvF_F8d4LU.

The winners of this year’s The Finnish Game Awards are:

IGDA is based on volunteering and this year the traditional Volunteer of the Year award went to Joni Finne. He has worked e.g. Member of the Board of IGDA since 2018.

Natasha Skult has been a member of the Finnish IGDA for many years and was appointed Chairman of the Board of the International IGDA in April 2021. Natasha has also been actively involved in the development of the IGDA’s IGDA Future activities for people under 18.

Boom Corp is a 10-person Tampere-based game studio established 2020. Boom Corp has released the mobile game Boom Slingers. The game has reached a million audience in a short time and the company also raised more than 1.5 million euros in funding this year.

Iron Danger is a tactical role-playing game developed by Action Squad Studios in Helsinki and published by Daedalic Entertainment. It has taken a lot of inspiration from the Finnish cultural heritage and especially the Kalevala.

Published on PCs, the original, retro and relentlessly difficult Witch has won the hearts of critics and gamers around the world.

Helsinki-based Metacore Games, which previously made games for smart watches, changed its direction and name in 2020. The focus on mobile games paid off, as the debut game Merge Mansion has been a major hit, having been downloaded more than 10 million times.

Published on PCs, the original, retro and relentlessly difficult Witch has won the hearts of critics and gamers around the world.

In 2020, the Finnish Game Industry reached a turnover of more than two billion euros for the sixth consecutive year. In 2020, turnover of the industry increased by nine per cent from the previous year to EUR 2.4 billion and the net result was as much as half a billion euros. In 2020, previous challenges in the gaming industry continued and were highlighted in some respects. The shortage of skilled labor and the challenges of remote work in both creative work and business development have caused delays and difficulties in completing new games. A total of about a hundred new games were published in 2020. The “middle class” in the Finnish Game Industry has grown significantly, and by the end of 2020, as many as 46 of Finland’s two hundred game studios had already achieved a turnover of more than one million euros. The Finnish Game Industry employed 3,600 people in the end of  2020. Finland is still a very attractive center for the gaming industry worldwide. The latest report on the Finnish Game Industry can be found at the new address www.playfinland.fi