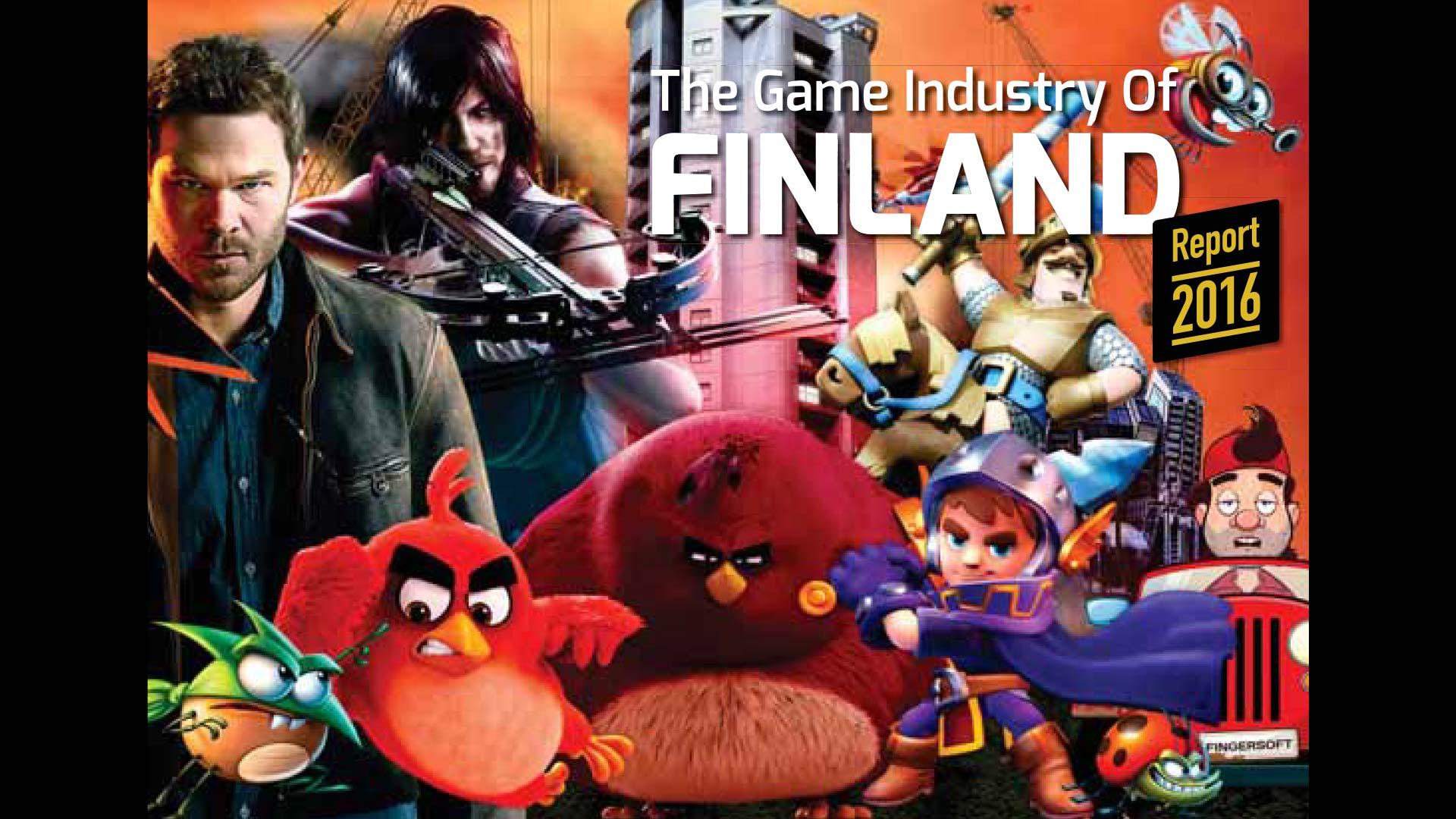 Finnish games from Angry Birds to Clash of Clans, from Quantum Break to Cities: Skylines have conquered the world. Well over a billion people all over the globe have been playing games made in Finland. When Finland celebrates its 100 years of independence in 2017, the game industry has become a vital part of Finnish cultural landscape. Its significance, both culturally and economically, is well recognized.”

Rapid growth has been one of the main characteristics of the Finnish game industry. However, the latest data reveals that the time of hyper growth is over for the time being. The total turnover of the industry was € 2,5 billion in 2016. It is around € 100 million more than in the previous year. The annual growth was around 4 % compared to 33 % in the previous year. Earlier the number of new studios has been 30 to 55 per year. In 2016 only 16 new studios were founded. Year 2016 was also the first year when the number of active Finnish game studios decreased. Finland lost around 20 studios and now has the total of 250 active game studios.

Despite the slowdown of growth, the Finnish game industry is still doing great and is one of the top game development countries in the world. With 30 studios each making over € 1 Million annual turnover and 10 studios employing more than 50 employees, Finland has more mid-sized studios than ever before. Furthermore, the Finnish game industry still employs around 2.750 people. 50 more than it did in previous year.

In 2016 around 18 % of the employees working in the Finnish game industry were from abroad. The number is likely to grow because it is increasingly difficult to find talented senior level employees from Finland. In fact, game studios have pinpointed this as one of the major challenges in their business. Finnish game studios expect to have 280 new job positions this year.